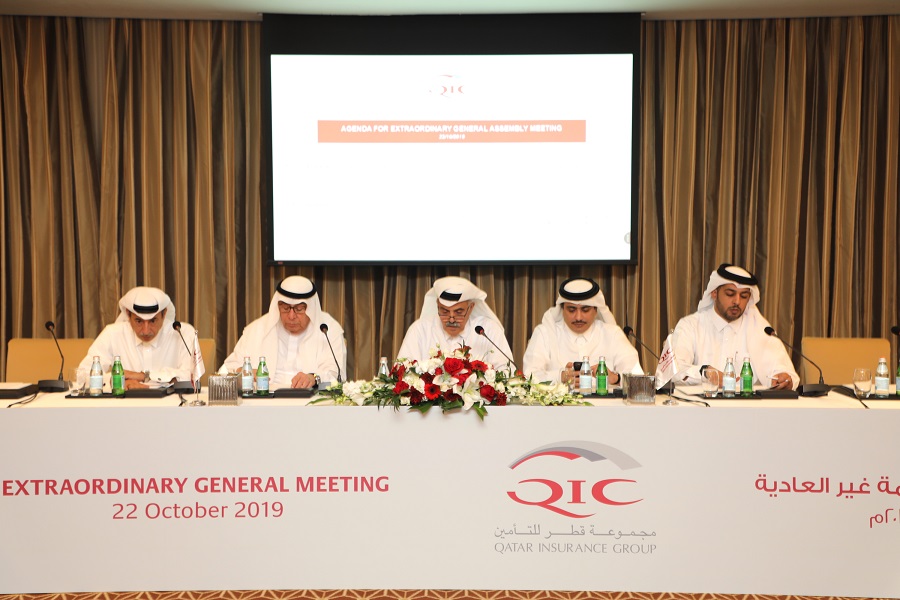 The Extraordinary General Assembly of Qatar Insurance Company was held yesterday under the chairmanship of H.E. Abdulla bin Khalifa Al Attiyah, Deputy Chairman of the Board of Directors. The assembly approved the proposed amendment of three Articles of the company’s Articles of Association to be as follows:

Article (6): “All shares of the company are nominal shares. Except the State of Qatar`s government, public authorities, corporations, its affiliated entity and General Retirement & Social Insurance Authority (Civil & Military Pension Fund), no natural or judicial person shall own more than Five percent (5%) of the shares of the company, at any time”

Article (41): “If the seat of a member of the Board of Directors becomes vacant, it shall be occupied by the person who held the most votes from the shareholders who did not win the membership of the Board. If there is a prohibition that prevents him to occupy the seat, it shall be occupied by the person succeeding him in order. The new member shall only complete the term of his predecessor. If the vacant seat belongs to the member appointed by the General Retirement and Social Insurance Authority, the Authority shall appoint one to occupy it.”